People make decisions using heuristics (mental short-cuts or rules of thumb). By understanding these rules, you can use them to persuade and influence others. The six core principles of persuasion are: reciprocity, scarcity, authority, commitment and consistency, liking and consensus.

Robert Cialdini published his book “Influence: The Psychology of Persuasion” in 1984. In it, he explores factors that affect the decisions that people make, particularly in relation to sales and purchasing. At the core of his work is the now well accepted idea that decision making is effortful, so individuals use a lot of rules of thumb and decision making shortcuts (heuristics) when deciding what to do, how to behave or what action to take in any situation.

Cialdini has identified six core principles that affect these decision making short cuts, particularly in relation to purchasing and consumption decisions. The main message that he delivers is that if you understand these six principles, then you can use them to your advantage when trying to persuade others to take a specific action or buy a specific product.

Humans seem to value equality and balance to some extent (See Adams’ Equity Theory), which means we don’t like to feel that we owe other people. Generally speaking, when people have these social obligations they try to settle them. For example, if someone sends you a birthday card, you’ll almost certainly want to send them one in return when their birthday next rolls around so that you settle your social obligation.

It’s possible to use this desire for reciprocity to influence the behaviors of others, or to persuade them to behave in certain ways.

To do this, you need to be the first to act and to give someone a personalized and unexpected gift. To some extent, the value of the gift is less important that the act of the gift itself. It’s for this reason of reciprocity that waiters provide mints with the bill, that workshop facilitators might provide cookies as they ask for feedback and that leaders might provide a team day out just before issuing the annual engagement survey. All of these actions basically say, “I’ve scratched your back, now you scratch mine”.

In the world of work it’s possible to use this principle of reciprocity by doing favors for others, helping people, publicly praising others and generally working in such a way as to build up a bank of social obligations owed to you. Each of these obligations will be settled at some point, probably to your advantage. Of course, if you’re too over the top with this type of behavior, it will cease to work.

The less of something there is, the more people tend to want it. This holds true for experiences as well as for material products. There’s not really much more to say about this one.

From a persuasion and influence perspective this means that to increase interest in your product or service, you may benefit from reducing its availability (or at least creating a sense of scarcity).

We can see this principle in action in many different markets. For example, online sales platforms for things like hotels and airplanes commonly say things like “only 5 seats left at this price”, to create a sense of scarcity (as well as to add time pressure, which is closely related). In the consumer goods arena firms also do things like produce “limited edition” versions of products ranging from hand-soap to shoes, again increasing scarcity by limiting availability.

In the world of work it may be possible to create a sense of scarcity around your own time and resource, which may lead to an increase in desire for what you have to offer. Of course, not everyone is in a position to do this, only those with power. Doing so when you don’t have that power may simply lead others to tell you you’re inefficient and not doing well.

Individuals who are authoritative, credible and knowledgeable experts in their fields are more influential and persuasive than those who are not. Part of the reason for this is that authority and credibility are some of the core building blocks of trust, and when we trust people we are more likely to follow them.

We see the principle of authority in action in many walks of life. Dentists in white coats are used to sell us toothpaste, airline staff wear uniforms to remind us of their authority and many an email signature is appended with a string of qualifications in an effort to increase the individual’s authority.

In reality, it’s much less effective when individuals promote their own brilliance and authority than when others do it for them. Interestingly, though, it almost doesn’t matter who that other person is. Even if the person promoting you is known to benefit personally from doing so, their words of praise still increase your influence and ability to persuade.

What this means in the world of work is that building trust and credibility is very important, but that it’s also possible to build some of that sense of authority through the recommendations and good words of others. It may be worth asking others to recommend you, or recommending others so that they feel a social obligation to recommend you in return.

People like to be consistent with their identity or sense of self image. In other words, if I’m a person who thinks of myself as a “healthy” person, then I’m more likely to undertake actions that I consider to be “healthy”.

From a persuasion and influence perspective, this means that if I can convince you to act in a minor way in relation to something, then you’ll think of yourself as that type of person and be more likely to act in that way again in the future. You’ll also be more likely to increase your actions in that direction, if I suggest that you do so.

We see this type of behavior in the marketplace all the time with things like introductory offers which are cheap and easy, though they become a gateway to something else. Similarly, product give-aways can achieve the same outcome. If I give you a free “World of Work Cookie” in the supermarket, then you may start to identify yourself as a “World of Work Cookie Eater”, and be more likely to act consistently with that identity in the future.

In the context of work, it may be possible to use this principle to influence and persuade others. To do this, you need to find small things to persuade people to do, then move on to larger things from there. For example, if you’re my boss and I first get you to agree that “generally speaking some flexibility in working patterns is a good thing”, then you’re much more likely to agree to my proposed 4 day working week when I eventually ask you for it.

Interestingly, once someone has done you a favor, they identify as the type of person who does you favors and are actually more likely to do so again in the future. What this means in the world of work is that if you get someone to do you a very small favor (e.g. lend you a pen, buy you a coffee), then they will more more likely to do you another favor in the future. Of course, however you choose to behave to and with others, you have to live with yourself.

We see this principle played out often in the world of marketing and advertising. Nearly every advertisement you see will feature individuals designed to appeal to the product’s target market. The more the consumer associates with and likes that person, the more likely they are to be influenced by them.

To use this principle in the world of work, you simply need to become liked by those around you and those you are looking to persuade or influence. You can do this by cooperating with others, by paying others genuine compliments and by identifying similarities and building relationships. They key here, though, is that you need to build these relationships and garner this “liking” before you try and influence others. If you try and become liked once you’ve started your efforts to influence, then those efforts will fail.

Humans are social by nature and generally feel that it’s important to conform to the norms of a social group. This means that when it comes to decision making, we often look around us to see what others are doing, before making our mind up.

A classic example of this that many people will have seen is that of hotel towels. Signage that says “8 out of 10 hotel guests choose to reuse their towels” is far more effective at influencing and persuading than signs that simply say “reusing your towel helps to save the environment”.

This principle of consensus or social proof is a bit hard to use from a personal perspective in the world of work, but by managing you reputation and personal brand, it may just be possible to do so.

Influence and persuasion are some of the most powerful skills that any individual can have. They are useful far beyond the realm of the world of work.

Ultimately, like all skills of this nature, persuasion and influence are simply tools to get others to do things that you want them to do. This power can be used for good, to genuinely help others achieve outcomes that are in their own best interest. It can also be used to take advantage of others. Just be clear in your motivations and your conscience when you use these skills.

This post is based on the original work of Robert Cialdini as published his book “Influence: The Psychology of Persuasion“. 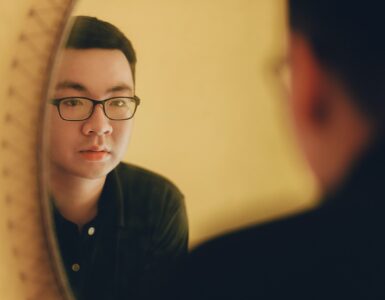 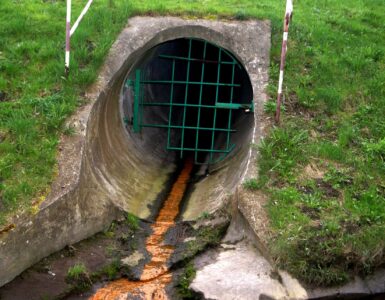 Sludge is the name given to the act of using nudge theory to achieve dubious objectives. Summary by The World of Work Project Sludge While nudging is often used to help people achieve better outcomes, e.g. eating more... 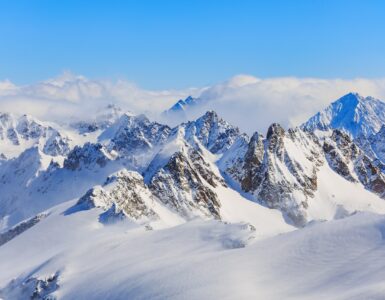 The Peak End rule says that an individual’s assessment of an experience is heavily influenced by the highest or lowest points of that experience, and how that experience ended. This knowledge can useful when designing...