In the 1950s, Curt Richter, a professor at Johns Hopkins, did some experiments with rats which demonstrated the power of hope and resilience in overcoming difficult situations.

In a series of experiments that are fairly cruel and unpalatable, yet interesting in their findings, Curt Richter demonstrated that hope is a powerful factor in perseverance. In our view, this is also closely linked with resilience.

Curt’s experiments focused on how long it takes rats to die from drowning. He conducted his experiments by placing rats into buckets filled with water and seeing how long they survived. He introduced a range of variables into the experiment, that yielded some interested results.

12 domesticated rats were used in Curt’s first set of experiments. The first of these rats initially swam around the surface, then dove to the bottom of the bucket and explored what was there for a while. It lasted a total of two minutes before it drowned.

The other nine domesticated rats though did something completely different. After an initial exploration, the predominantly spent their time and the surface. And the just kept swimming. They survived for literally days before eventually succumbing to exhaustion and drowning.

The second set of experiments Curt undertook involved 34 wild rats. Wild rats are excellent swimmers, and these savage and aggressive ones had only recently been caught. Obviously, Curt expected them to fight hard for their survival.

Surprisingly though, this wasn’t the case at all. Despite their ferocity, fitness and swimming ability, not one of the 34 wild rats survived more than a few minutes.

The role of hope

Curt reflected on what caused some of the rats to give up and decided that hope a key factor in the willingness to struggle on. Where rats have perhaps been helped in the past and have hope of being saved, they will keep fighting in the believe that all is not lost. However, when they don’t have this prior experience, they will give up quickly.

In his own words he said: “The situation of these rats scarcely seems one demanding fight or flight — it is rather one of hopelessness… the rats are in a situation against which they have no defense… they seem literally to ‘give up.’”

With this in mind, Curt decided to experiment further.

To test his hypothesis Curt selected a new cohort of rats who were all similar to each other. Again, he introduced them into buckets and observed them as they progressed towards drowning. This time though, he noted the moment at which they gave up then, just before they died, he rescued them. He saved them, held them for a while and helped them recover.

He then placed them back into the buckets and started the experiments all over again. And he discovered that his hypothesis was right. When the rats were placed back into the water they swam and swam, for much longer than they had the first time they were placed in the buckets. The only thing that had changed was that they had been saved before, so had hope this time.

Curt wrote that “the rats quickly learn that the situation is not actually hopeless” and that “after elimination of hopelessness the rats do not die.”

What this means for people

Humans and rats are very different beings, but there is still a belief that we can learn a lot from these experiments. Where individuals have hope, they have higher levels of perseverance. They will keep fighting when they feel these is a chance of success or rescue. When they don’t have hope, they won’t.

A range of other experiments have also supported this.

What this means in the world of work

From a work perspective, these findings can be taken to mean that people will remain resilient and will continue to persevere in the face of difficult situations, provided they have hope.

What this means for leaders is that people in your team will be strong and resilient, provided that you give them hope of a better future. If that hope is extinguished, your people will stop fighting for you.

These experiments are clearly abhorrent, but their findings are very interesting. The fact that hope leads to greater resilience comes as little surprise to us.

In fact, we believe that a large part of the role of leadership is to help individuals feel valued, respected, supported and hopeful about their futures. In doing this, individuals can have better qualities of working life, and organizations can have higher levels of productivity.

That said, we think these experiments and the lessons that can be learned from them are also very sinister. It’s clearly the case that providing people with hope, real or false, inspires them to greater effort. We are certain that many organizations and HR functions know this, and look to build this into their management approaches.

Where hope is real, it’s good. Where it’s falsely introduced to drive individuals to higher levels of perseverance in poor working situations, then it’s quite reprehensible. Which doesn’t mean it’s not profitable or that it doesn’t happen. It just means that people should not work for these organizations where they have any choice.

Most of the information used as the basis for this post comes from the work of Curt Richter. You can read more about him and his work in his biography: “Curt Richter: A Life in the Laboratory“. 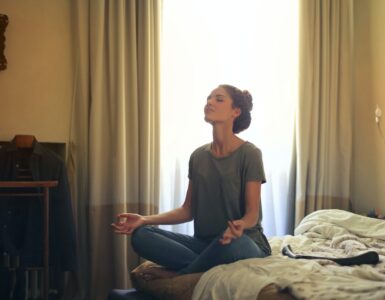 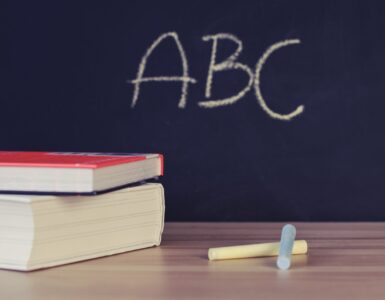 The ABCs of Resilience

The ABCs of resilience are a simple way to remember three things you can do to improve your own resilience. They are Awareness, Being-well and Coping. Summary by The World of Work Project Resilience At its core, we can... 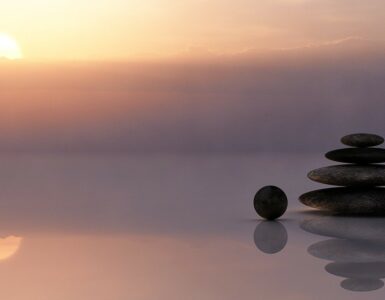 Meditation is the practice of training attention and awareness so as to achieve mental and emotional clarity and calm. In turn, meditation can yield significant benefits spanning from improved mental health through to...