The Seven Transformations of Leadership

The seven transformations of leadership model says there are seven types of “action logic” that leaders develop and master as they progress. These action logics, in order of business performance are as follows: Opportunist, Diplomat, Expert, Achiever, Individualist, Strategist, Alchemist.

The Seven Transformations of Leadership

The key concept behind the seven transformations of leadership model is that the most important trait in differentiating leaders is not their personality, style or philosophies, but their ”action logic”, how they interpret their surroundings and react when their power or safety is challenged.

Fortunately, individuals can develop their action logics throughout their career and transition to higher level logics that increase their, and their businesses’, performance.

Opportunists are the lowest level of leaders. The opportunist’s action logic results in leaders looking to win in any way possible. They are often self oriented and can be quite manipulative. They believe in statements like “Might makes right” and other fairly base expressions of power. Despite the obvious down sides to this action logic, opportunists can be useful in emergencies or in heavily sales focused environments. It’s been estimated that about 5% of leaders are Opportunists.

Diplomats are the second lowest level of leaders. Their action logic results in leaders obeying group norms, looking to belong and consciously not rocking the boat. While this is a step up from the self orientation of optimists, there is still significant room for growth.

While not useful in all situations, the collaborative tendencies of diplomats make them adept and helpful at bringing people together. They can become very effective at gluing teams together from a social perspective. It’s been estimated that about 12% of leaders are Diplomats.

Experts are in the lower middle section of effectiveness. Their action logic results in leaders ruling on the basis of logic and rationality, depending on their expertise, or seeking other experts to learn from. They often focus on rational efficiency, perhaps at some cost.

As a result of their focus, Experts tend to be excellent individual contributors, but their rather rules oriented approach means that they may not be great people leaders. Experts are thought to be the largest cohort of leaders from an action logic , comprising 38% of leaders.

Achievers are the mid-point of leadership from a performance perspective. Their action logic results in them being adept jugglers of the multiple requirements they face. They achieve their strategic delivery goals by working well through their teams. They also manage to effectively balance their near-term managerial responsibilities with their more future oriented and strategic requirements.

Achievers are well suited to managerial roles where they can be action and goal oriented. In these roles they get things done and take their teams with them on the journey, thus balancing task and people requirements. Achievers are the second most common leadership cohort, comprising 30% of leaders.

Individualists are progressing towards the upper end of leadership performance. Their action logic gives them the ability to interweave their own personal action approaches and ways of doing things with those of their organizations. Their vision and fluidity gives them the ability to build and create new solutions to complex leadership problems, and to resolve gaps between strategy and performance.

Individualists are very effective in consulting, venture and interim roles where their skills help them integrate into and influence their environments. Individualists are thought to comprise about 10% of leaders.

As we progress towards the upper end of performance we reach Strategists. Their action logic gives them the ability to create transformational change at an organizational level as well as at a personal level. They take people with them, mutually inquire into things, are aware of the world around them, vigilant to threat and opportunity, aware of the near and long term time-frames that they can affect and share their vulnerability.

Strategists are excellent as organizational leaders and can transform businesses and groups. They are rare though, with only 4% of leaders being considered transformational leaders.

Alchemists are the highest level of identified leadership in this framework. They build on the skills and action logics of strategists and take them to another level. They encompass a wider range of skills than other leaders, integrating material, spiritual and societal understanding and abilities to drive change at a huge scale.

Alchemists are the one type of leader who is capable of leading transformational change at a society-wide level. They are exceedingly rare, with only about 1% of leaders thought to fit this category.

We like the fact that the original article on which our post is based has roots in observational research. It’s also worth noting that it has considerably more detail (and more cogent detail) than we’ve covered it, and it provides guidance on moving between the levels.

We particularly like a statement in the article about Alchemists which says: “Alchemists are typically charismatic and extremely aware individuals who live by high moral standards. They focus intensely on the truth [and]…. speak to people’s hearts and minds.” We love this focus on morality, integrity and honesty, which we think is often missing in leadership. In addition, a lot of the content in the article focuses on interpersonal skills for leaders, which we also believe are a key set of differentiators of their success.

Overall, we think it is definitely worth looking at the article and reflecting on where you are in the transformation, where you want to be and how you can get there. That said, this is one of many models of leadership that exist and while it’s worth seeking to learn from it, it’s not the only way to think about leadership.

This post is based on original work by David Rooke and William Torbert as captured in the Harvard Business Review article “The Seven Transformations of Leadership“. You can also read more in William Torbert’s book, “Action Inquiry, the secret of Timely and Transforming Leadership“. 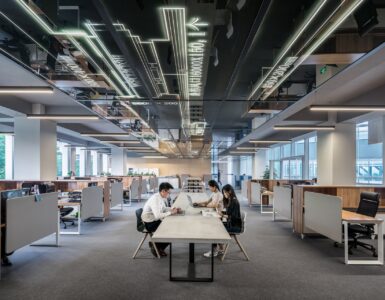 Employee experience (EX) is the sum of activities, perks, technologies, relationships and development opportunities an employee experiences throughout his or her connection to an organization, from recruitment through... 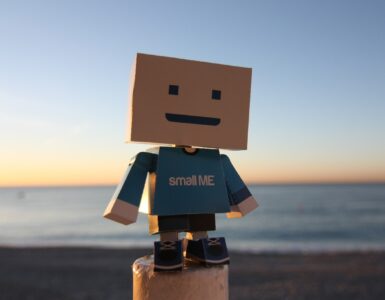 Often mistaken for weakness or fragility, vulnerability is the root of authentic and meaningful connection. It is the ability to express and expose, in words and behavior, who we really are and what we genuinely think... 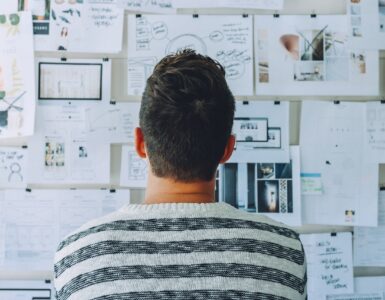 Organizational Design is a name given to the ongoing process of improving organizations so that they are better able to achieve their strategies. The organizational design process involves identifying and then improving...