The Change Curve: A Simple Summary

The change curve is a simple model that details how people respond to change. It originated from studies of grief and dying. It says people go through five main emotional states: Shock, Denial, Anger, Depression and Acceptance.

The change curve is a model that details the emotions people feel when experiencing a change. It says people go through a fairly standard set of emotional responses, whoever they are. Though the model it typically associated with negative changes, it applies to people who experience positive changes as well. Even when experiencing a positive change, people can also go through a period of emotional turmoil and adjustment. In this post we provide a simple summary of the stages of this model. Elsewhere we discuss how leaders can help their teams through the change curve.

The original change curve model by Elisabeth Kubler-Ross studied how people responded to the prospect of death. In her initial work, “On Death and Dying”, she focused on the five stages of grief that people go through as they approach death. This work was highly acclaimed, and the stages of change model that she proposed was adopted by the corporate world and used to define how people respond to all different forms of change.

Many people have modified the model slightly, so you may see different versions of it. However, the core stages are all roughly the same: Shock, Denial, Anger, Bargaining, Depression and Acceptance (with Commitment often included in work based versions).

The Stages of the Change Curve

Many events in the world of work may initiate an emotional journey through the change curve for individuals. These changes could include:

Whatever the cause of the change, most people react in roughly the same way. They progress through the core emotional stages outlined in the model.

The five core stages of the model are often slightly adjusted for use in the work environment. Accordingly, we too have decided to use a slightly modified version of the curve. You can see it in the diagram below.

Immediately following a the initiation of change event, individuals often experience a stage of shock and denial. Information takes a while to sink in and for a while people behave as if the change isn’t taking place. At this stage people are in denial, and may simply carry on as if nothing has happened, or if what has happened affects others, but not them.

After a little while the change starts to sink in. As this stage most people start to resist the change, particularly if it’s a negative change. Individuals may become angry and divisive and will normally start blaming others for the changes taking place, before then reversing the lens and blaming themselves for the change.

Before they move towards acceptance they often feel lost and uncertain and experience a period of self-reflection. When individuals are in this stage of the change curve they find it hard to focus or achieve flow in work.

As time passes, individuals generally come to accept the change. Humans are quite elastic with their emotions over time and nearly everyone re-baselines themselves to whatever the new situation is. As individuals accept the change that they’re facing they start to realize that they must investigate the possibilities of the new future and look to make the best of it.

Having decided to accept the new future that the change will lead to, individuals start to explore that new future. They start to:

Once individuals have fully accepted, visualized and started to plan for the new way things are going to be, they can commit to that future. The post change reality becomes normal for them, it’s just the way things are now, and they increasingly work towards making it a good outcome.

The last stage that some people refer to in relation to the change curve is Growth. This is the stage after commitment in which individuals start to flourish in the new world. It’s not included in all models (and it’s not on the diagram we created above), but it’s fairly common to see it in work base change models.

Managing Yourself Through the Change Curve

Everyone experiences the emotional roller-coaster of the change curve when faced with significant changes. Progressing through the curve takes time for everyone, no mater how resilient they are or how experienced they are at dealing with change.

Coping with change does get easier with time though, up to a point. In addition, the more experience you have of any particular type of change, the easier it is to overcome and the more quickly you’ll progress through the change curve for similar changes.

It’s also possible to practice change and improve your ability to respond to change. This process starts with an awareness of the change journey. Knowing that it exists helps you identify where you are on a journey, thus helps you understand your own emotions and behaviors.

Developing your own self awareness and emotional intelligence is also a very useful way to improve your ability to cope with change. Similarly, improving your own resilience and investing time in your own wellbeing can also help

There are several different models that look at personal change. These include Bridges’ transition model and the Transtheoretical Model. In addition, there are some things you can do to help with stressful situations. These include the ABC framework for overcoming stress.

You might find our podcast on stress buckets helpful:

Don’t forget, as part of our commitment as a Community Interest Company, we deliver at least one free, online seminar every month to help individuals, managers and organizations develop. You can learn more about them and register for them via the link below:

Explore our Free seminar calendar AND REGISTER on eventbrite

The change curve is a really useful model to help people understand the personal psychology of the change process. Nearly everyone goes through a change cycle, and being aware of that and having words and tools to communicate it is helpful for individuals, leaders and organizations.

Different people travel along the change curve at different paces, but faster is pretty much always better.

Leaders should remember that they are usually further forward along the curve then their teams, and should lead in a way appropriate for where their teams are.

The World of Work Project: The Change Curve: A Simple Summary 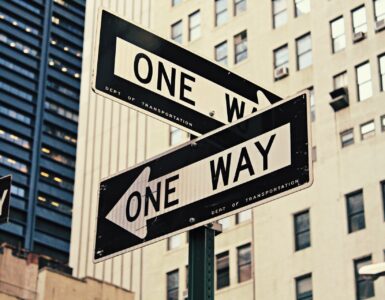 M&A(&C): The Significance of Culture in Mergers and Acquisitions

Nearly all mergers go through some form of culture clash because every organization has its own unique people, context, and culture regardless of all the “synergies” between two parties. Bringing them together will... 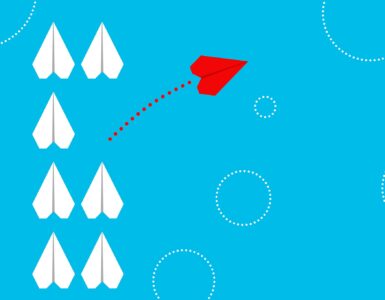 McKinsey’s Influence model of leading change says that to lead change effectively you need to do four main things. These are: foster understanding and conviction, reinforce with formal mechanisms, develop talent... 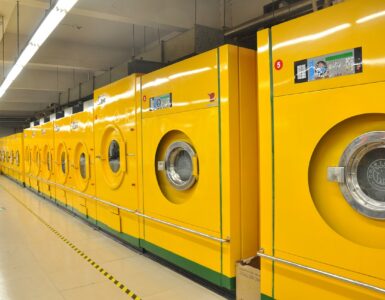 Culture Washing In The World Of Work

Similar to green-washing, which conveys a misleading impression of a product or organization being environmentally sound, organizational culture washing is at play in organizations claiming a healthy and dynamic...