The Dark Triad of Personality Types: A Simple Introduction

The Dark Triad of personality types is a phrase used to describe three similar yet independent personality traits. These are: Machiavellianism (manipulative), Narcissism (self-love) and Psychopathy (lack of empathy). These traits are held to be fairly common in work and fairly malevolent.

The Dark Triad is made up of three traits: Machiavellianism, Narcissism and Psychopathy. They are considered to be fairly prevalent in the world of work. Researchers have linked these behavioral traits with the process of acquiring of leadership. The dark triad has been found to be particularly highly represented in more senior roles, including the C-suite. In fact, some researchers have put the proportion of CEOs with clinically significant levels of psychopathic traits as high as 20%.

By understanding these personality traits it may be possible for individuals to develop their own self awareness or learn more about working with others, particularly those who embody these traits.

While individuals who have these traits will probably not want to change them (or perhaps not be able to), it’s still useful for everyone to learn about them.

It’s worth noting that there is a correlation between low levels of “agreeableness” per the Big Five personality test and these negative traits. These traits also embody almost the inverse of what is known as Authentic Leadership.

Machiavellianism derives its name from the renaissance diplomat and author, Niccolò Machiavelli. He is most well known for his book “The Prince“.

In “The Prince“, Machiavelli described and even promoted the use of unethical and undesirable behavior as a means to acquiring or maintaining power. Perhaps his most famous quote is “It is better to be feared than loved, if you cannot be both“.

Where Machiavellians exist in work they create counterproductive workplaces. They may bully others and are often dishonest in pursuit of their personal goals. They may present arrogantly, will never show humility, will withhold important information or will spread falls rumors to succeed. Unfortunately, they are also often skilled liars. They can be charming too, which can make them difficult to spot.

Fundamentally, Machiavellians are more interested in their own outcomes than those of others. They will work towards their own goals at the expense of others. To work well with them, you need to make sure that you are useful in helping them achieve their goals. And whatever you do, don’t become a threat to them and their power.

Narcissism derives its name from Narcissus, a figure of Greek mythology. According to legend, Narcissus became so enamored with his own reflection that he ultimately couldn’t move and transformed into a flower. The flower he turned into was the Narcissus, commonly know as the Daffodil.

Workplace narcissists, like Narcissus, have an excessive interest in and admiration of themselves. They often present well initially, and interview well (saying how good they are comes naturally to them), but these first impressions don’t last. In the longer term they are high detrimental in the work place.

Narcissists generally rate their own performance very highly. They often struggle to value the contributions of others. They also focus nearly exclusively on themselves and seek frequent flattery, reward and attention. This is toxic in leadership as they often punish individuals who don’t feed their egos. There tend to be higher levels of stress related absence around narcissists.

At their core Narcissists are focused on themselves, their sense of importance and their own, personal brilliance. To work well with a narcissist can be easy, you simply need to tell them they are great. Never let them know what you really think. In practice, bending yourself out of shape to do this might be more emotional effort than it’s worth to stay on side with a narcissist.

Psychopathy is a term that was coined in the 19th century. It’s a combination of “psych”, meaning mind or soul, and pathology, meaning disease. In other words, it directly simply means “diseased mind”, a rather unspecific phrase.

Workplace psychopaths lack empathy and remorse, are disinhibited and are often egotistical. They crave power, are drawn to leadership and are over-represented in senior corporate roles. They often ”kiss up and kick down”, being charming to their bosses but abusive to those beneath them.

Despite their negative traits, psychopaths can also be charming, witty, intelligent, and often come across as sincere. Their charm, though, is only skin deep. It’s often simply a means through which they strive to achieve their own ends.

Interestingly, psychopaths often thrive under abusive cultures. This is because they generally need less positivity in their relations and experience less stress than others. What this means is that psychopathic leaders can create environments in which only other psychopaths really prosper. This can build a lasting, heritable stain on their organization’s culture.

Working well with psychopaths can be challenging. To have the best chance of successfully doing so, keep your emotions in check no matter what happens. Don’t show that you’re intimidated, don’t trust or believe what they say, try and keep conversations focused on them and where possible communicate in writing. Simple!

You might want to learn more about personality tests, an area we’re not experts in. You can read our posts on Discovery Insights, Merrill-Reid, Birkman, The Enneagram, MBTI and the Big Five as a starter.

Please consider our posts on these topics just a starting point from which to further your reading and understanding. As a starting point to explore more widely, we recommend looking at The Open Source Psychometrics Project. You might also enjoy our basic podcast on the subject as well:

The Dark Triad of Personality Types are not pleasant to be around. For your own sake, you should avoid leaders who embody these traits. They cause stress, ill-health, reductions in productivity and sometimes mental health difficulties.

The best thing you can do in relation to people who have these traits is to not employ them in the first place. Of course, this isn’t always possible as they often present well. Removing them from your organization is the next best thing to do. Though it may be painful and expensive to do so, it’s usually more than worth it in the long run. If you’ve hired them and can’t get rid of them, then you’ll simple need to spend time managing the negative fallout that they create within and around their teams.

The World of Work Project: The Dark Triad of Personality Types: A Simple Introduction

This post is based on original work by James Oliver. You can read more in his book: “Office Politics”. 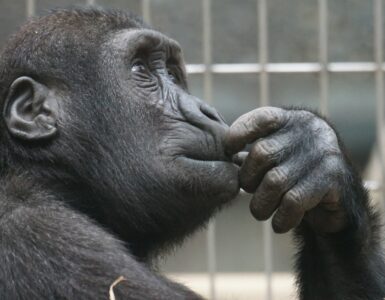 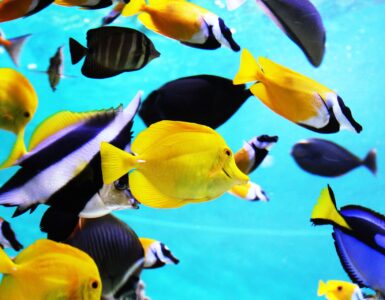 The Myers-Briggs Type Indicator (MBTI) is a popular, question based personality test. It described 16 personality types based on a a range of factors. This are an individual’s internal / external focus, how they... 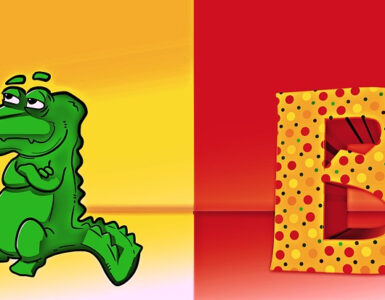 Type A and Type B Personalities

Type A & B personalities refers to a somewhat discredited theory that people fall into two categories. These are Type A (competitive, impatient, ambitious) and Type B (relaxed, less frantic and calmer). The theory...